It is 16:10 US time and we sitting at Logan Airport in Boston. The clouds are slightly clearing and we are due to board at about 17:00.

Last night was spent at a little town called Peterborough. We had repacked our bags last night in preparation for the flight home, so once we had eaten our porridge, we went for a small walk around the town. Although it was cloudy it was quite warm. We had done a little window shopping last night, so this morning went into those shops we had picked out. Unfortunately we didn’t find anything we were looking for. I had decided I wanted a pad of Strathmore Vellum paper to give it a good try, but they only had it in rolls. Perhaps just as well.

Before leaving, we decided to have a last coffee at our last diner. 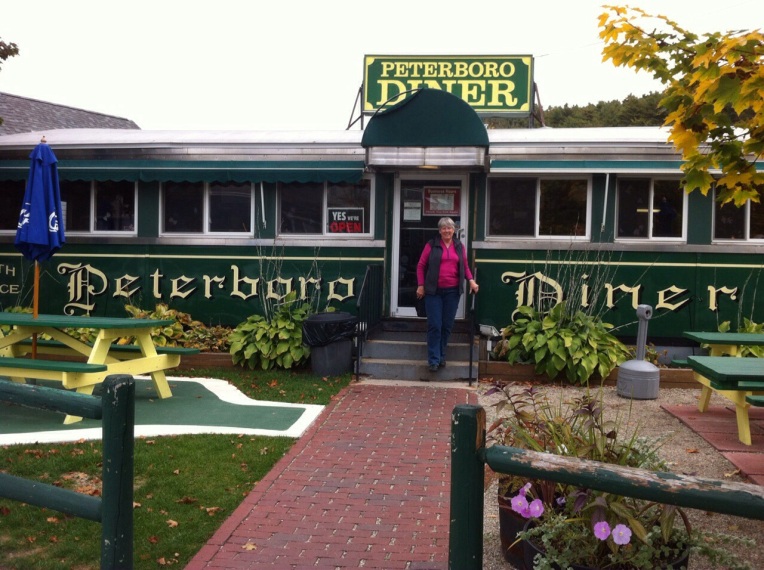 Did you know that theterm’Diner’ refers to the type of car it was on a train. Therefor many of the diners one sees are converted railway carriages. This one was particularly fine from the outside.

But inside we were tempted, and who is strong enough not to succumb? Not us. 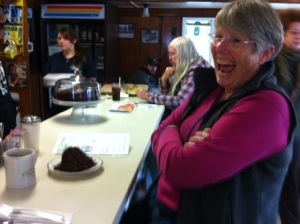 Once outside again we were back to Leaf peeping. As we were lower down, the colours were fantastic again. But note the name of the cafe by this maple. 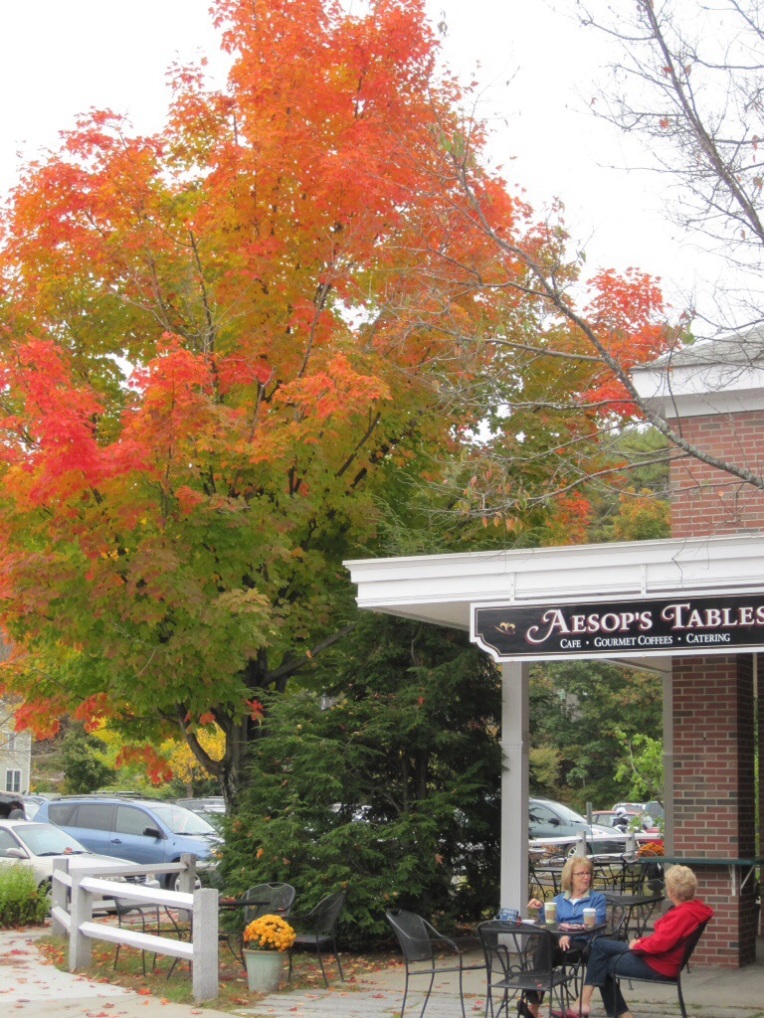 For those of you who love the colours, here are a few more pictures of our drive towards Boston. They were magnificent to begin with, but began to fade and get browner the nearer to Boston we got. 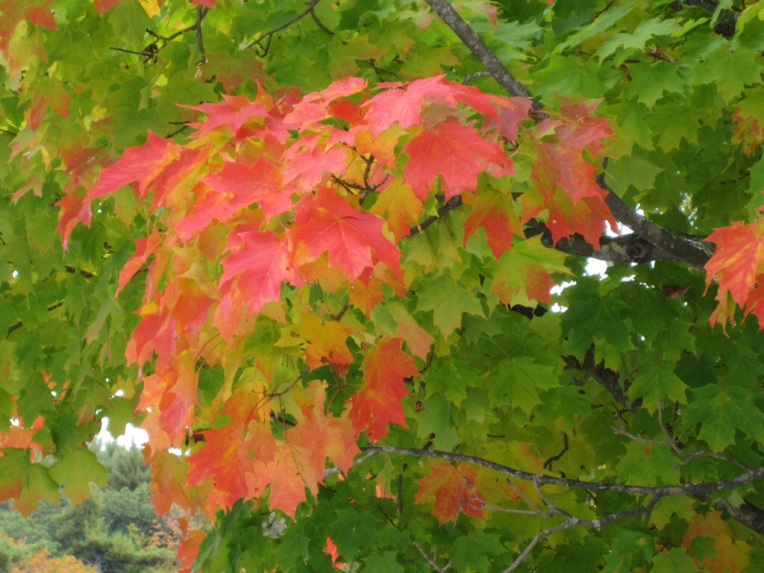 Then a food break at the airport! It’s diet time when we get home. 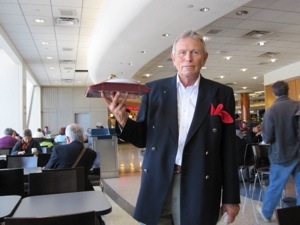 Sorry about the typos. I was rushing this to G&T it off before we are called up. Bye for now.