My hats off to the ASBA who managed the biggest annual conference ever. It was big, but didn’t feel it. I got to meet a lot of people from around the world, many of whom had been Facebook ‘friends’ – and of course still are. But now, having met some of them it helps to have even better communication.

Apart from going to the conference to meet a lot of like-minded botanical artists, and as well as teaching, I also wanted to learn. The more I learn, the less I know and the more I want to learn. I tutored at one workshop, demonstrated once, saw three others demonstrating, went to two amazing workshops and an additional conference at the end of the main one. It was busy.

The first of the two workshops I attended was with Carol Woodin on juror training. Carol is responsible for planning the exhibitions and getting the relevant people together. She has an incredible amount of experience in the area and was able to impart some of her knowledge to us. We also did a practice run on putting an exhibition together from a lot of submitted pictures. The results and reasoning behind the results were very interesting and funnily enough quite similar.

The other workshop was with Jean Emmons. I met Jean and Denise Walser-Kolar (who organised the teaching at the conference) in 2010 when we all three had exhibits in the RHS. Since then I have remained in touch with both. They work mostly on vellum and have encouraged me to learn to paint on vellum.

As a teacher, Jean too has such a lot of knowledge to impart and she also does this in a lovely way. I struggled a little as I suddenly realised that my subject would not be available to me when I returned home to England. Therefore I started doing the opposite of what we were being taught – I tried to rush. Stupid! The four main things we learnt apart from actual techniques was, slow, light, very little water and don’t go back over anything until completely dry. I did the opposite of all that when I started worrying about time. But at least I learnt.

There are no pictures to show from the above workshops, but I do have one from the Hunt exhibition opening. The UK were well represented this year but with only one artist present – Robert McNeill. However, several of the UK tutors had work in the Hunt collection from previous years.

On Saturday evening there was a banquet with some sad farewells and happy prize and sponsor giving.

We left Pittsburgh after staying for the International Congress of Botanical art, and spent our first night in Erie, a town on the edge of the lake.

Yesterday we went through some incredible landscape and increasingly strong leaf colour until we reached our present destination Old Forge in the Adirondacks. On arrival, the heavens opened with the additional huge flashes of light every now and again. Today its beautiful with a forecast due to be 25 degrees. At the end of the week, snow is forecast, so I have to get out there.

Here are some colours from the journey. 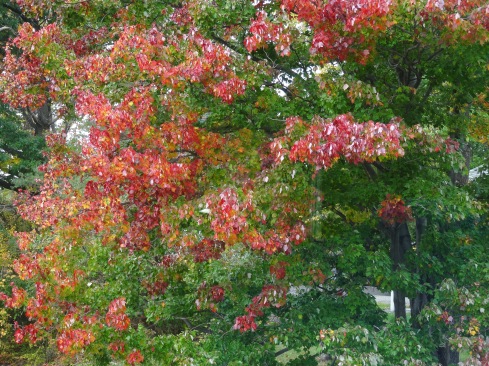 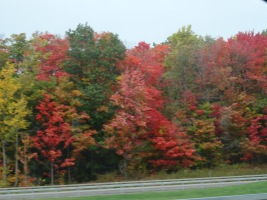 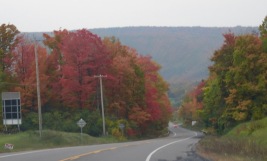 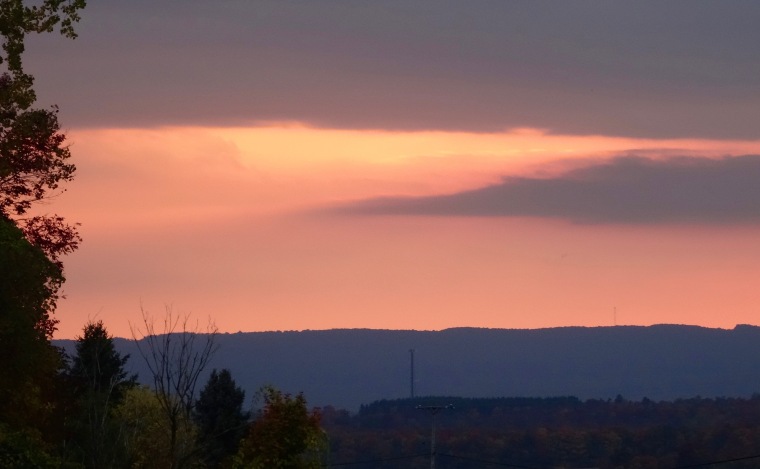 2 thoughts on “Pittsburgh ASBA conference and beyond”